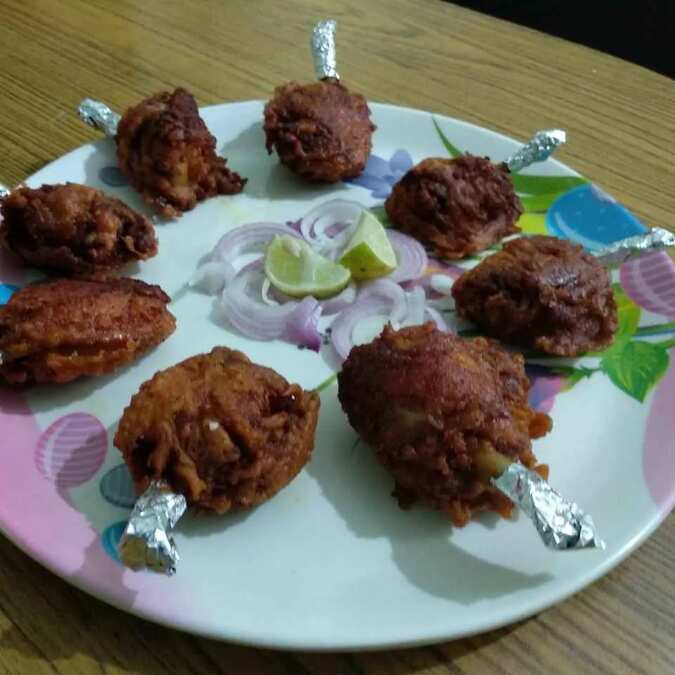 Add all the marinade ingredients to a bowl and mix until fully combined, set aside.

Slice a full-size chicken wing into three parts along the joints. Discard the wing-tip (or you can save them for making a chicken stock).

For the drummet (the upper, meaty, one-bone part of the wing), cut along the circumference of the thin end so that the bone and the meat are no longer connected. Then push down the meat so the drummet becomes a lollipop.

For the winglet (the middle, two-bone part of the wing), separate where the two bones join, and also cut along the circumferences of both ends, so the bone and the meat are no longer connected. Take out the thinner bone, and push down the meat into one end of the thinner bone.

Place the prepared chicken lollipops in the marinade. Stir and cover. Marinate in the fridge for at least 1 hour.

Mix all batter ingredients until smooth without lumps.

Dip the meat end of the chicken lollipops into the batter.In a medium-sized pot, heat the oil to 170˚C (340˚F).

Deep fry the chicken for 5 minutes or until the batter becomes golden brown and the chicken is cooked throughout.